Space backgrounds for your iOS 7 iPhone 5S, 5C or 5

Astronomy is one of our side efforts here at Acceleroto.  Mostly, we use our own astrophotographs in our games.  We’ve also done some supernova research, planet hunting, and a few other sciency kinds of things. We’ve done some recent work and taken a few shots we like.  Check out a few of them below – ready to use as backgrounds on that shiny new iPhone 5S or 5C of yours.

You know that cool parallax effect with the background image that happens when you tilt your iPhone?  That little bit of “wow” requires a slightly bigger background image than the exact number of pixels on your screen. Apple’s default backgrounds on the iPhone 5S are 744 x 1392 pixels (compared to the 640 x 1136 screen resolution).

Our images below are ready to go.  To save them from your phone, just touch & hold on each image until a menu pops up. Then just select “save image.”  The photos will get saved to your Camera Roll in your Photos app. 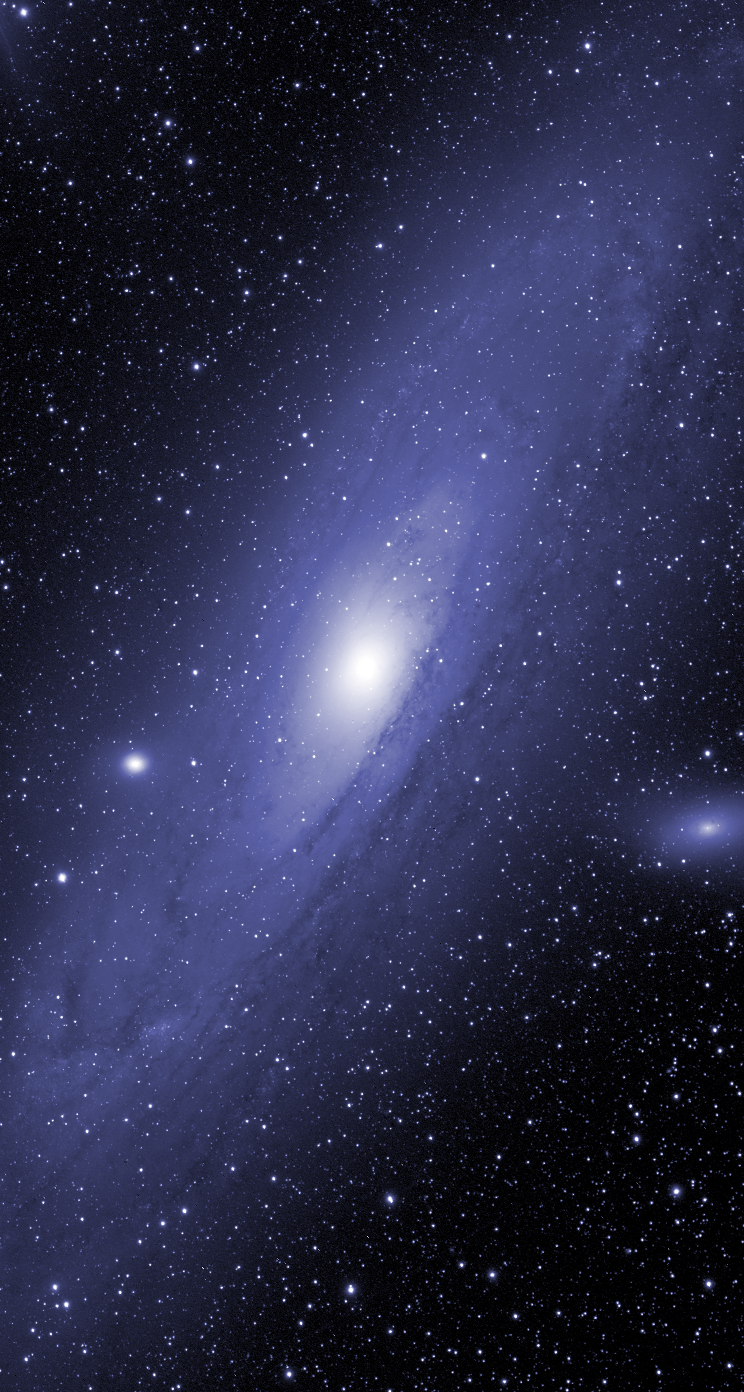 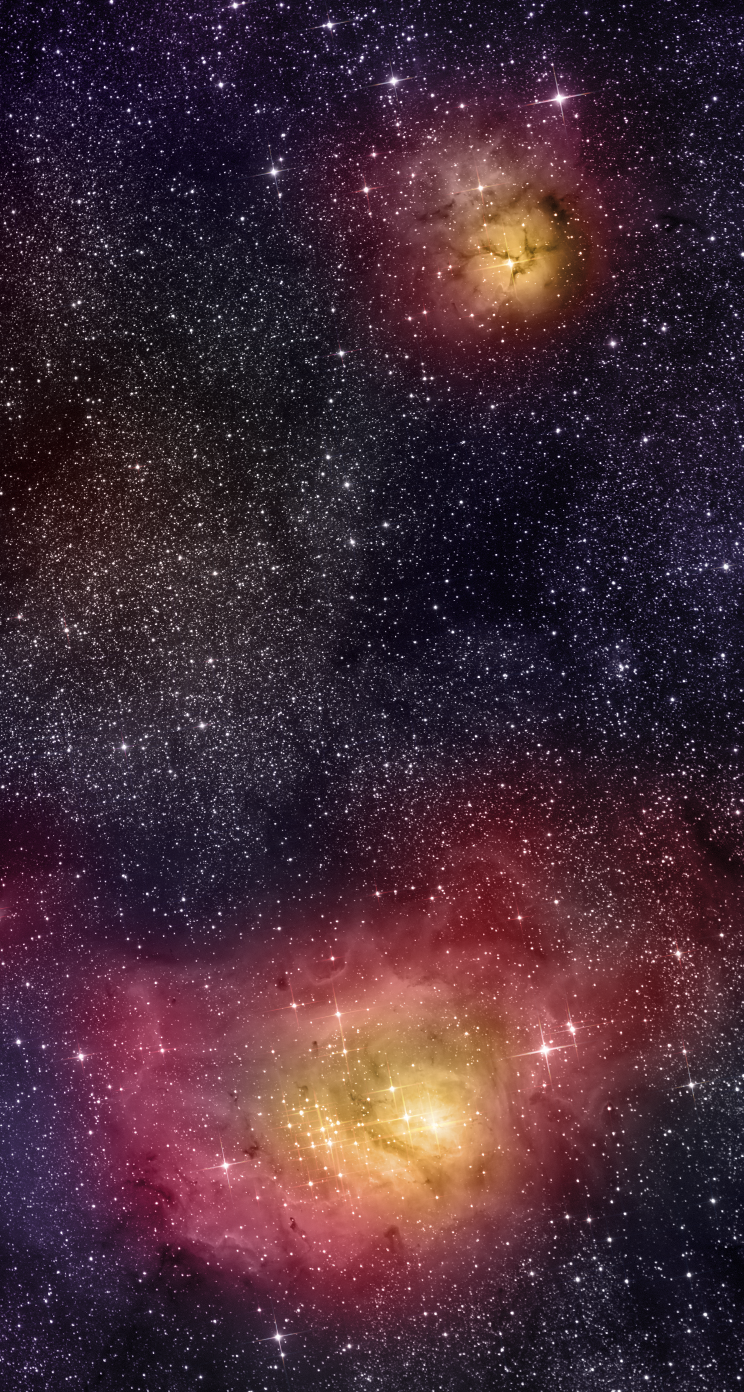 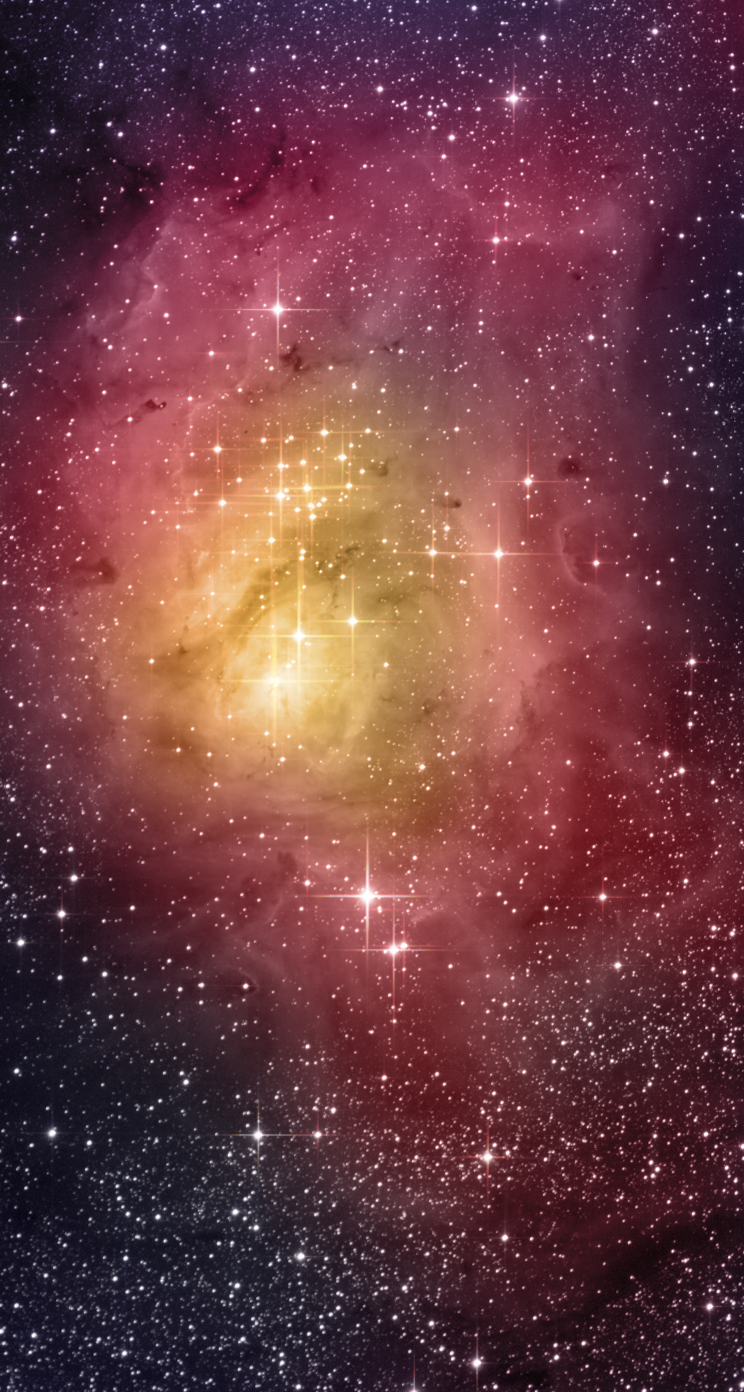 Please use the images on your iPhones or iPod touches, but we still retain the copyright for them. So…don’t repost them on your site, use them in your app, or anything like that. We worked hard on these – please be nice. Feel free to link here though.

For those interested, here are some image details.  The first image above is of the Andromeda Galaxy, Messier 31. It was taken with an SBIG STL-11000M camera looking through a Takahashi FSQ-106 telescope. It’s a total of 70 minutes of luminance exposures with a little hint of blue added to the final image. You can also see two other galaxies in this photo – Messier 32 and 110.

The second image is of the Lagoon and Trifid Nebulae, Messier 8 and 20. The third image is a subset of the second image and shows just the Lagoon Nebula.  This image was taken with an SBIG STL-11000M camera and a Takahashi FSQ-106 telescope. It’s a total of 75 minutes of luminance exposures, 25 minutes of hydrogen-alpha (also called Ha) filtered exposures, and 25 minutes of doubly ionized oxygen (also called OIII) filtered exposures. Ha was mapped to the green channel and OIII was mapped to blue – then the combined data was then smeared around the entire visible spectrum.

This entry was posted in Blog, Featured Small. Bookmark the permalink.

2 Responses to Space backgrounds for your iOS 7 iPhone 5S, 5C or 5